Armir Lee grew up in Houston, TX and graduated from The High School for the Performing and Visual Arts (HSPVA). At HSPVA, Armir studied jazz extensively at this performing arts school but also studied in liberal arts courses as well. At this time, as well as college, Armir was extensively influenced and mentored by University of North Texas’s Professor of Jazz Saxophone Brad Leali. As a high school student, Armir and his peers formed a jazz band that performed around Houston and the United States. This band participated in the Herbie Hancock (formerly known as the Thelonious Monk Institute) Institute’s Peer-to-Peer Jazz Education Tour. While on this tour, the band performed and taught in Georgia and South Carolina high schools with saxophonist Dayna Stephens and vocalist Lisa Henry.

Armir was awarded the Jason Moran Jazz Summer Program Scholarship as well as the Music Doing Good Scholarship. He was recognized as the Outstanding Soloist at the University of Houston Moores Jazz Festival. Armir graduated Berklee College of Music on the institutions most prestigious scholarship award, the Presidential Scholarship (tuition & housing coverage). Within two years of attending Berklee, Armir performed with former members of Art Blakey’s Jazz Messengers, Javon Jackson, Valery Ponomarev, and Frank Lacy. In addition to performances with Jazz Messengers, Armir has performed at sold out shows in the Berklee Performance Center and the Arnold Kats State Concert Hall in

Novosibirsk, Russia. In addition to musical endeavors in Novosibirsk, Armir has traveled to Moscow, Russia to conduct masterclasses regarding saxophone technique and jazz studies at the Musical Wave school as well as to perform in the Kozlov and Ecce jazz clubs. Armir’s international travels have taken him to Trinidad and Tobago to play with steelpannist Akinola Sennon at the Cousoumeh festival. Armir has also taken his band to perform in the city of Guanajuato, Mexico for the Soul Power Festival as well as to teach music at the Universidad de Guanajuato. During his collegiate studies, Armir studied composition, performance, and jazz under the tutelage of luminaries such as, Terrence Blanchard, Javon Jackson, and Billy Pierce, and many more masters. Armir completed his undergraduate studies with a B.M. in Music Education and currently teaches for Boston Public Schools while continuing his performance career. Armir possess an immense love for entertainment and education. Armir’s primary focus is to peacefully unite people through the beauty of music and knowledge of education. 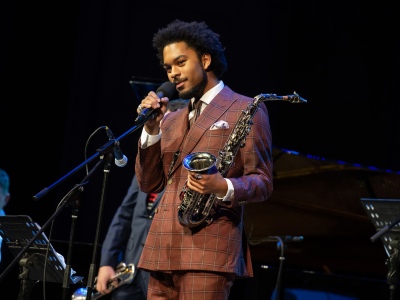 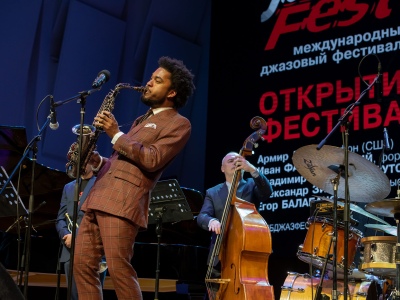